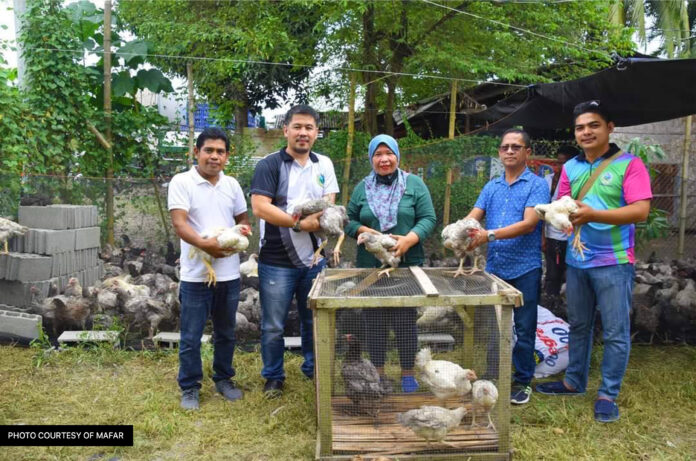 “The distribution was part of the Ministry’s objective focused on uplifting the living condition of every farmer in the region and aimed to help increase income and have an additional source of living other than cultivating lands,” MAFAR Head of Program Engr. Saidona Lawan said.

“This activity is part of our promotion expansion of the production of native chicken, so we are hoping that this intervention will bring a positive outcome to all of you,” Lawan added.

Meanwhile, Assistant to the Provincial Director for SGA and Cotabato City Disumimba D. Rasheed extended his appreciation to the Government of the Day’s project.

“We would like to express our thanks to the MAFAR Regional Office for this intervention. This project will greatly help them because it will be their extra profit aside from farming,” Rasheed said.

“It will also serve as their starting point after they experienced the recent typhoon Paeng,” he added.