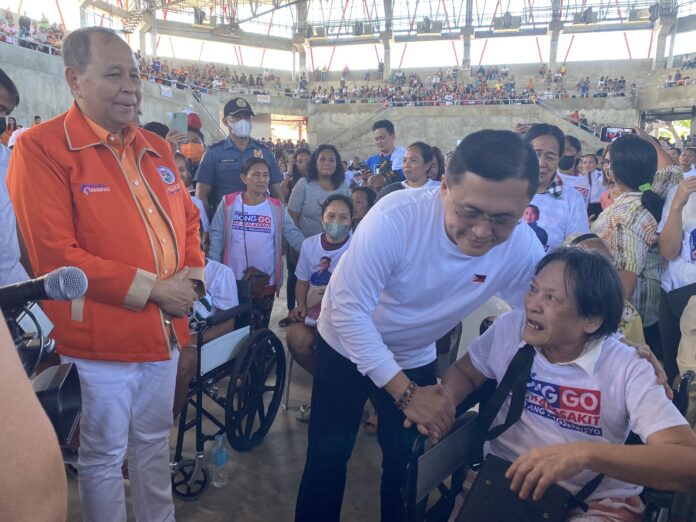 During his visit at the BayFront Arena, Go saw for himself the devastation wrought by the shear line and assured Misamisnons of his support, as he gave grocery items, pairs of shoes for men and women, shirts, face masks and bicycles.

(I will continue to help our fellow citizen who are in need because of the flood, not only in Oroquieta but also those affected by the flood here in Misamis Occidental)

Go also acknowledged the efforts of Gov. Henry Oaminal and the local officials in responding to and helping their respective communities during the flash floods.

For his part, Oaminal thanked Go for his love and help to Misamisnons following the recent calamity that plagued the province.

(My brothers and sisters, we Misamisnons, despite the disaster we went through because of our efforts and unity, we still have friends who love us. Whether there is a disaster or not, he loves us because we love him too. We have a friend who cares for us and because of the support we show him, he immediately pours out a lot of aid to our province)

The Department of Social Welfare and Development-10 was also with the senator in distributing the P5,000 cash aid and food packs to each of the 2,563 families.