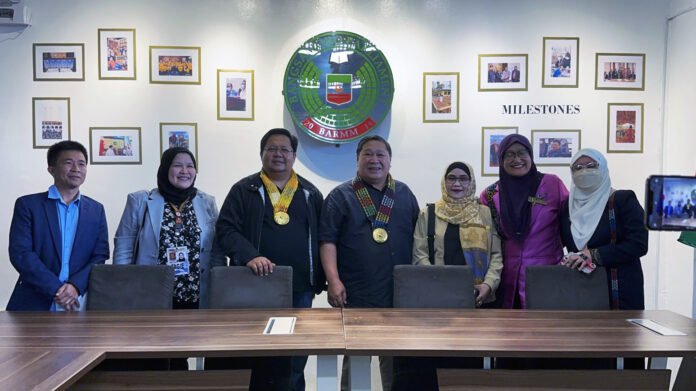 MARAWI CITY, Lanao del Sur (PIA)–Member of Parliament Lawyer Rasol Mitmug Jr. of the Bangsamoro Transition Authority and the Mindanao State University (MSU) have created a sturdy tie to effectively give service to the Bangsamoro citizens, particularly the residents in this city and the province of Lanao del Sur.

This was attested to through the signing of a pact between said two parties to open the district office of MP Mitmug beside the VIP Lounge of the Dimaporo Gymnasium on the MSU-Main Campus here.

The Bangsamoro have been thankful to the university system for letting them set up their own center that is good for government work.

Lawyer Basari Mapupuno, the president of the MSU System, said Mitmug was a good partner for working with them by using one of their facilities on the Main Campus.

He stated that they agreed with the opening of the district office of Mitmug within the campus to serve the people in the province of Lanao del Sur.

Mapupuno stressed that this is a solid testament to their forged alliance as representatives of veritable institutions with the common purpose of serving the Bangsamoro constituents.

He said that they hoped the district office, which is also the Lanao Chapter of the Bangsamoro People’s Party, would reach its goal and purpose by putting their best foot forward and keeping the people’s best interests in mind.

“We have high hopes that this district office will serve as a productive venue for the legitimate concerns of the Bangsamoro to be heard and acted upon,” said Mapupuno. (CRG/PIA-10/Lanao del Sur)