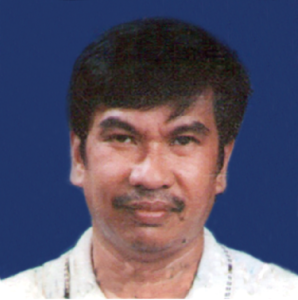 Firmly Standing for What is Just!

After long years of living in extreme poverty, hunger and oppression, the 168 farmers from Sitio Kibaritan, Malinao, Bukidnon who are members of the Kibaritan Farmers Higaonon Tribe Agriculture Cooperative have finally decided not to die out of hunger and oppression but if necessary, to die bravely standing for what is right, what is just and what is true!

They could not take it any longer after three of their children were killed due to the explosion of an UXO (Unidentified Explosive Ordnance) as the men in uniform converted Sitio Kibaritan as part of the 42,265 hectare-military reservation. A firing range has been established which was just 100 meters away from the Elementary School where an UXO exploded on March 25,2016 which caused the death of three children and the serious wounding of two more who were playing in the danger zone in the absence of a warning or danger sign. Isn’t that gross negligence on the part of the military officials concerned? That happened 7 years ago but until now no justice has been done, especially to the father of the victims Mr. Rodelio Waminal. No greater pain there is than a father competing with the dogs in picking-up the blasted parts of his children’s bodies, shouting in despair WHY? WHY? WHY?

Until now, no responsible officers or military personnel who conducted the military exercises were held accountable on the deaths of Lloyd Pasague, Dheilmar Waminal and Redgie Waminal, the three children who senselessly lost their lives thru the gross negligence of the military whose constitutional duty is to protect them. Such horrible incidence runs counter to what is constitutionally declared, “No person shall be deprived of life, liberty and property without due process of law. Commission of Human Rights where are you?

The continuing firing of guns and blasting of cannons beginning early dawn has created so much fear especially to the children, finding themselves hiding beneath the bed or under the table, many of whom don’t want to go to school anymore. The children are shouting in fear and are panicking every time there are firing of guns and cannons. What seems unbelievable is the on-going apathy of the head teacher of the Elementary School named Ms. Rica Nunez, who won’t even make a stand to oppose on the psychological harm done to the pupils. BAKIT? AH TAKOT KASI O WALANG PAGMAMAHAL SA MGA KABATAAN NA NAG-AARAL? I am so puzzled why the DepEd has not opposed the establishment of a firing range near the School.

Lives were lost through gross negligence but no justice done!!! It is only in Kibaritan where a “firing range” goes on very near the school. Let me tell you more about the Sitio in clear categorical term how a beautiful community was transformed into a horrible place.

Since the 1950’s up to the present, Sitio Kibaritan has been a thriving civilian community. The area is fully developed into agricultural production as the source of livelihood for the residents. It is a peaceful farming community with great contributions to the local economy with its production of corn, sugar cane and other crops. It is a community with more or less 160 households, with a total population of 620. There is a Day Care Center, an Elementary School with 6 teachers and 200 students, two chapels, and other indications of civilian institutions. The DENR, in recent years, through a series of Issuances has certified that these parcels of land occupied and cultivated by members of the cooperative are Alienable and Disposable, and included the same for distribution to the farmers.

Thus, legally, if only their prior right has been recognized, no way can the 195 hectares that they have been tilling for more than 50, 60 & 70 years can be issued by the DENR & DND, a relocation survey that erroneously transformed their farms as part of the military reservation. Worse, a Special Patent has been released by the DENR that open-up the 195 ha. to be the subject for titling applied personally not by them but the new comers. “BAKIT SINASABI PA NINYO NA WALANG OCCUPANT DOON? BAKIT? TO JUSTIFY THE AWARDING OF OUR LAND TO THE APPLICANT OFFICERS?

What is so painful is the continuous destruction of their farms which are planted with various crops such as corn, root crops, sugar cane, etc. which have been tractored, buck-hoed or griddered by military men as ordered by their superiors. How dare their lands have been land-grabbed using pronouncement of military reservation as an alibi? They are puzzled why their land have been convered into farming projects in cohort with the Department of Agriculture, even granting MATG DA’s fund of ₱299,650, adhering to the ELCAC initiatives of government, on the basis of their being red-tagged as FR (former rebels)?

What is so shocking and puzzling is their discovery and the DND and the DENR have signed a Memorandum of Agreement subjecting their land to a Relocation Survey paying three firms some twenty million pesos to put border markers (muhon) to justify the conversion of their land as part of the reservation without even including important stakeholders such as the LGU of Kalilangan and the participation of the DAR as their land has already been classified as Alienable and Disposable. They were even shock to know that a false information was given by the DENR Regional Office that there are no occupant in the 195-ha. area to justify DENR’s position that the land be a part of the military reservation. “ANO PALA SILA MGA BASURA? THEY NOW HARNESS THEIR COLLECTIVE POWER TO HARNESS THEIR COLLECTIVE POTENTIALS TO CORRECT THE ABOVE-MENTIONED SOCIAL WRONGS THROUGH PEOPLE POWER. THOUSANDS ARE NOW SUPPORTING THEM INCLUDING THE CHURCH, PEOPLE’s ORGANIZATIONS, ENVIRONMENTAL GROUPS AND NON- GOVERNMENT ORGANIZATIONS.

Lately, they were rejoicing because the Sangguniang Bayan through the amazing leadership of Vice Mayor Joel Padsing, Sr. has issued three resolutions addressed to the Mindanao Army Training Group to stop the continuing firing of cannons and guns, the stoppage of the destruction of their crops and that MATG should follow the principle of transparency by publicly putting up billboards on government projects. It so discouraging to know that such resolutions were not at all given due respect by the MATG.

INDEED, IN THIS COUNTRY NO ONE IS ABOVE THE LAW; THAT ALL MUST BOW DOWN TO THE MAJESTY OF THE LAW BECAUSE WE FOLLOW THE RULE OF LAW AND NOT OF MEN! THAT IS A BIG LIE! WHAT HAS BEEN FOLLOWED BY YOU IS THE RULE OF THE GUN, POWER AND MONEY! GISING NA PO ANG SAMBAYANANG FILIPINO. MATAGAL NA TAYONG NILOLOKO. MEDIA NASAAN KAYO. DIBA VERITAS LIBERABIT VOS? PANAHON NA UPANG ISAWALAT AT MANININDIGAN SA KATOTOHANAN!